Dr Phillips is a western Orlando suburb conveniently located between Windermere, Lake Buena Vista’s Disney Springs and the renown International Drive. It offers an array of upscale shops and retail locations, as well as exquisite restaurants, including the restaurant row and Dellagio on Sand Lake Dr. Dr. Phillips is home of the PGA Arnold Palmer Invitational at Bay Hill Club & Lodge. It is is one of the most affluent areas of Central Florida. It has a large concentration of luxury homes and upscale communities. Dr. Phillips homes for sale provide an array of housing options, from stately mansions in desirable gated communities to luxury condominiums to modest size homes. 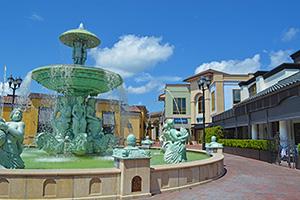 The area of Dr. Phillips is named after Dr. Philip Phillips, a Central Florida citrus magnate:

“Dr. Philip Phillips envisioned the future of Orlando. Then he sculpted it. Artfully. Powerfully. Dr. Phillips came to Florida in 1885 with $5,000 and a vision. He began with cattle, citrus and real estate. He cultivated the land which yielded an empire. His limitless dreams survive as a powerful force shaping the growth of Central Florida. Under his hand the wilderness bore much more than fruit. Under his hand industry grew, homes were built, schools were constructed, families thrived. Dr Phillips cultivated the land and nurtured a community.” [From the Sand Lake Campus of Orlando Regional Medical Center]

Search Dr Phillips houses for sale by searching below.